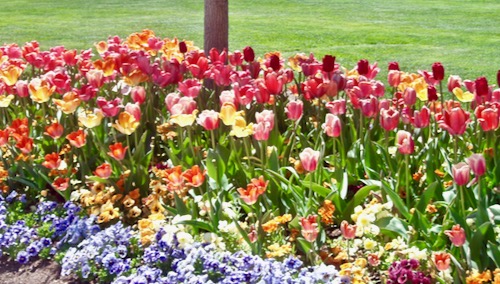 Well, although the snow is gone and the high is in the 50's it's still cold.  Too cold to even sit outside today.  The wind has a very cold bite to it.  But I guess when the lows are in the low twenties, it still takes a bit of time to warm up.  Compared to other places, I have it rather nice...so I will stop complaining.

If you remember, I was looking for something to make for the quilters at the guild I belong to.  I decided on a scissors holder and came up with one design but I really didn't like it very much. So yesterday I played around with the design and came up with another and I like it much better.  First of all, it's a lot larger and it holds four scissors instead of three.  Check out these pictures, the larger is the new design... 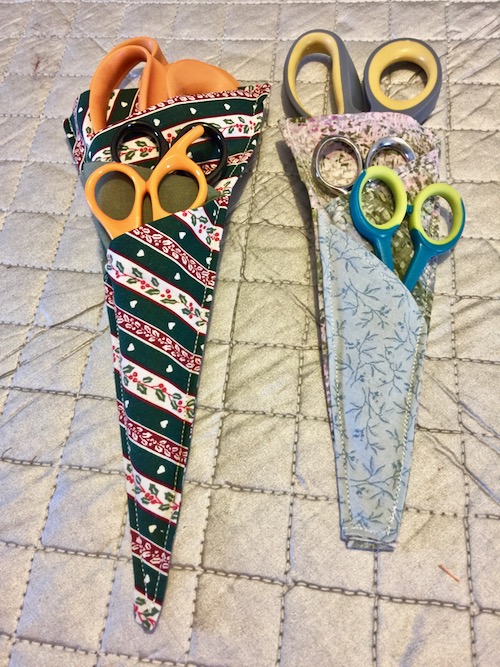 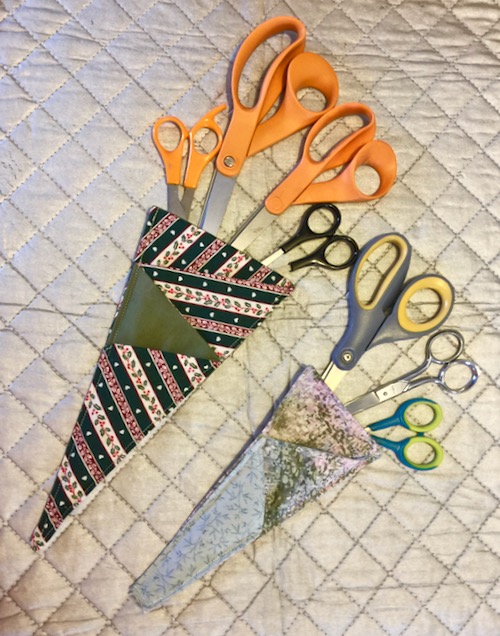 I simplified the design so after I turn the fabrics, I do not have to sew the open side closed.  I am simply going to tuck it under the last fold.  On the picture it would be the smallest pocket.  I can easily slip the raw edge under the fold and stitch around on the two longer sides and it's done.

Since I liked the pattern, I traced it on a piece of cardboard and cut it out.  I have to make close to 200 so I wanted something that I can trace around easily and cardboard is much better than paper.
---
I have been slowly working my way through Julia Cameron's book It's Never To Late To Begin Again and I do mean slowly.  One of the activities was to write a list of 25 things I like.  You'd think that would be a cinch to do but in reality it took almost a week to come of with that list.  Of Course, I only spend a short amount of time each day on this adventure, but still...a week!  Maybe I think too much...what do you think.

Near the top of the list was, of course, Grandma Moses.  And New England...still have that love affair with the New England in my head as well as the actually New England.  I guess I romanticize the past but then wouldn't it be a dull world if we didn't dream delicious, wonderful dreams...even during the day.  Imagination can be a wonderful thing.

Tomorrow is already Friday...where did the week go?  I think I will spruce up the house a bit, take care of the leftovers from tonight's dinner (Baked chicken, rice, stuffing and green beans) and then work in my studio.

Plans for the weekend?  Yep including a bar-be-que.

Thanks for visiting...
See you tomorrow...