Today was very warm here - in the fifties - and tomorrow is going to be just as warm.   This weather is really unpredictable.   Did you know that there was a hurricane in the Atlantic this month...yep, Hurricane Alex.

Yesterday I made it up to the Bronx for lunch...a great bowl of chili.   On the way, tho, there were some interesting things.   First, the 6 train was stopped both ways at the 138th Station for some reason. That caused those of us waiting to transfer from the express (4/5) to the local (6) to stand around at 125th Station for a half hour.   Once again, late in getting to the Bronx.

But, the other interesting thing was the performers.   For those of you not familiar with riding a subway in New York City, a few things happen with regularity.   First, there are regular musicians who perform at the different stations (By the way, they have to audition to get permission.) for donations.

Also, many times a music group will board a train and perform between stations, again for donations. (And folks down on their luck will also ask for donations.)

But yesterday was a first for me.   There was a group of four who performed acrobatics in the car.   By the way, this can only happen when the car is not crammed.   They did a ten minute show which the passengers really enjoyed.   Folks actually clapped...including me, as well actually donating. Refreshingly different.

Tomorrow I will be going to the Holiday Train Show at the New York Botanical Gardens.   Watch for pictures.   I'm excited about this adventure.  It's supposed to be 30% larger with lots more trains.  I loved the previous year's show so this one should be great. 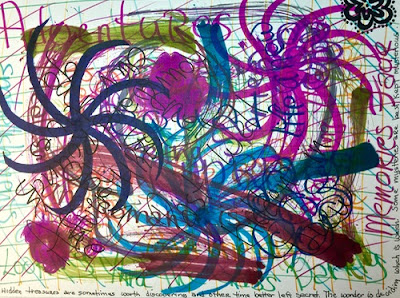 I think what I was getting at was that sometimes discovering past adventures can be good and other times it's best to leave them mysterious.   Recovering actual events is almost impossible anyway because they are colored by our memories which in most cases are biased.

The other thing that comes through to me is that I did have lots of adventures and they are part of who I am now.   And my continued adventures will build on that, helping me become who I will be in the future.  Does any of that make sense?

Remember, they don't have to be accomplished all at once.   Small steps can be more satisfying and, let's face it, easier at times.   Think about ten or eleven steps that you can divide your dreams/goals into...one per month.   Once you have the major steps decided, then you can figure out how to accomplish them within each month.

I'm still taking part in the tag challenge.   Here are some more of my tags... 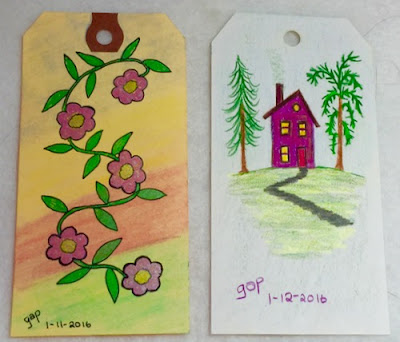 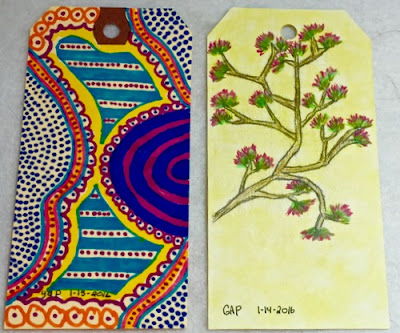 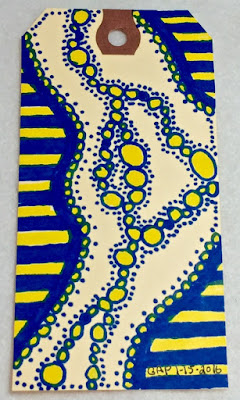 Thanks for stopping by here...
Talk to you on Monday...