SnowWhite At the Garage... 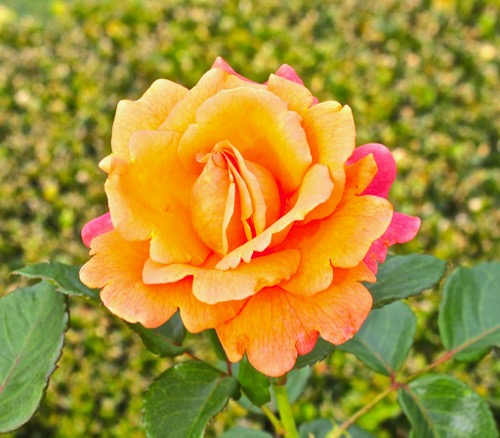 Well, I took SnowWhite to the garage...they hoped to finish this week but it may take until next week. They did have all parts which was nice.  I told them that I didn't mind, but one of my son's may need the truck because it looked like his transmission was going!  Course, his car does have around 300,000 miles on it but he just spent a couple thousand getting it ready for commuting to NYC.  If not one thing, then another.

So it rained again this morning.  It's damp and cloudy out and rain is forecast for the next three or four days.  I may never get a chance to get Duchess sealed up!

I finally have enough fabric to continue making the scissor holders for the guild members.  I cut out another 25 to sew.  I usually sew one or two a day.  It doesn't take much time to sew, turn, iron and then sew again into the shape to hold four scissors.  If I keep it up at this rate, I will easily have enough ready for the January Guild Party.

I was thinking about table centerpieces for this year and I came up with the idea of draw-string bags with a round bottom so it would sit nicely.  I could then stuff it with something to keep it's shape and then put in banners on a stick welcoming folks back and wishing them well on their 40th anniversary.  The guild is 40 years old!

Not much else is going on...talk with you tomorrow...

Being 'present' is our 'gift' to ourself

Find a craft that helps you be mindful like doodling or sewing and gather the supplies needed to spend time each day on that activity.