Our nation still grieves for those affected by the bombing in Boston.   So many injured and even one death was one too many.   So soon after the senseless loss of life in an elementary school not that far away.   Please keep all those whose lives have been changed forever in your thoughts and prayers.

More pictures from my hike... 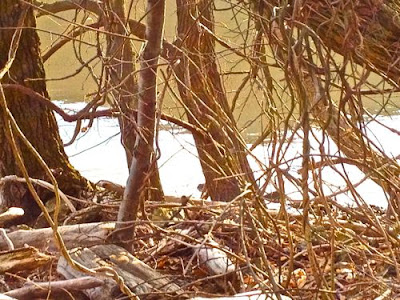 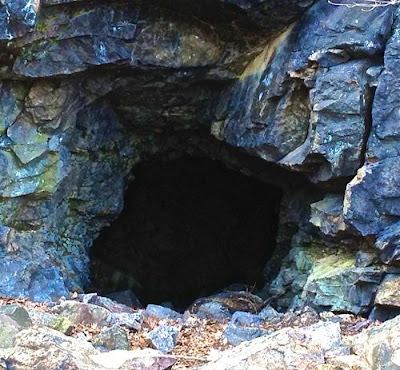 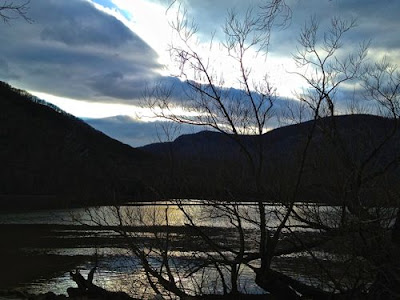 I told you yesterday about the books that I picked up at thrift stores.   Well, today during one of my breaks from writing, I checked one out to see if it had any ideas...and there were lots of them!   I actually took pictures of the ideas but then realized that it would probably be better if I didn't post them...copyright issues.

So, I decided to tell you about them.   And the neat thing about the information is that I don't necessarily do the projects listed, but I take the information and apply it to other possibilities.

For instance, one of the ideas from the 'Treasury of Country Crafts' by Publications International, Ltd. was about drying flowers and placing them between two pieces of glass for a nice hanging.

From that, I thought I could take single pieces of either dried flowers, or even a single piece of a silk flower, place it between thick plastic cut to a one inch square size and make an inchie.  As a matter of fact, I am going to try it with two inch square pieces of heavy plastic and make a twinchie!

This month's theme is 'Hearts and Flowers'...wow, I could even cut the plastic pieces in the shape of a heart and place a flower between them.  See what I mean about ideas...they take on a life of their own!

Another idea in the book was a painted brick decoration.   I like that idea, but instead of a brick, I think I will get some scrap two-by-four lumber, cut it different heights, say from four inches to eight inches.  Then I could decorate (with paint) to resemble houses and create a village!

There were several other ideas in this book all of which I have written down.   I also appreciated the beautiful pictures in the book.   But, I have gleaned what I want, so it goes right into the donation box.  So, for a buck I got lots of ideas and now it will be someone else's chance to enjoy the book.

That's all for today.   Have you noticed the new journal prompt posted for this week?

Thanks for dropping in for a visit...