A SIMPLE CHRISTMAS, AN INEXPENSIVE FOLDED MAGAZINE TREE & A TWIST ON BREAD PUDDING 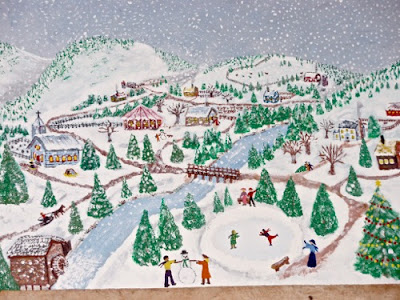 A SIMPLE CHRISTMAS
Above is a picture I painted eons ago...really, at least a decade or two...more like two. I normally have it front and center during the Christmas Holidays and not so prominent at other times. Imagine my surprise when one of my children said that they loved the painting and always looked for it. Wow. It's not that great a painting. It's a very primitive style.

I think what the painting does, though,  is remind us of a time when things were more simple, albeit, in our imaginations. Many of us would like to experience that time because we have an idealized image of life back then.

Upon reflection, there is something we can do to bring that feeling into our lives today. We can keep things simple. I don't know about you, but when I grew up (and yes, we are talking back in the dark ages!!!) there were few presents under the tree, not dozens and dozens. There were family gatherings, not parties. Celebrations centered around houses of faith for many. And, of course, there was food. Cookies, cakes, candies and great meals. Well, unless you grew up in a Swedish household and had lutefisk...although, I have to say that I do love it!

So, when you're making plans this year why not have your celebrations center around family and friends, potlucks and volunteer time. Emphasizing giving presents as well as receiving. And if faith is an important part of your life, include those activities also.

Make things together like decorations, ornaments for your tree, or baking and decorating cookies. Look for less expensive ways to be together like a walk in the woods, making a snowman, having a snowball fight, roasting marshmellows.

What would work for you and your family? Instead of thinking about things you 'have to do', concentrate on what you 'want to do'. I bet you will find less stress and more satisfaction.

INEXPENSIVE FOLDED MAGAZINE TREE
I have made many items using magazines from trees to Mr. and Mrs. Santa Claus, etc. If you google book/magazine decorations you will find tons of really unique ways to fold. Pinterest is full of pictures.

Here's mine (from a few years ago).  There are three folds which you can see in the picture below:

First fold: Bring the top of the page down to the inside center. 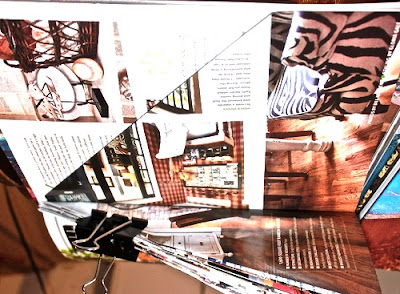 Second fold: Bring the folded edge into the center. 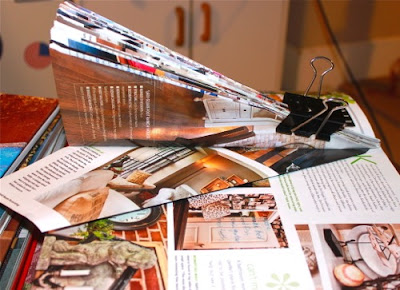 Third fold:  Fold the bottom of the page up as shown. 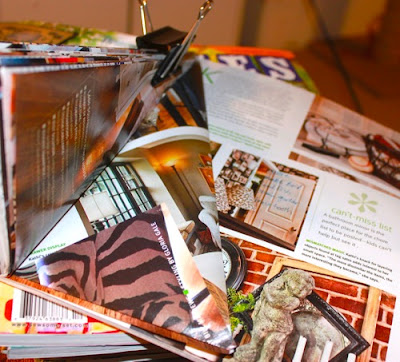 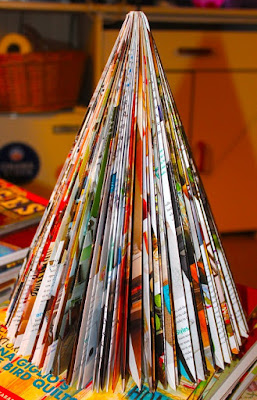 You can leave it like this, paint it, cover it with felt, add decorations, the only limit is your imagination.

A TWIST ON BREAD PUDDING
I made it to the Bronx today. By the way, at 2am this morning it was 52 degrees!!!  Weather!!! Anyway, I had a bread pudding that was really good. It was the regular bread pudding recipe, but frozen raspberries were added and they were a bit tart. The tartness of the berries combined with the sweetness of the bread pudding and the sauce was fantastic. I'm going to try using frozen rhubarb in my bread pudding to see how that works. Adding a tart fruit certainly gives a different taste to bread pudding.

There's a new Monthly Thought and a new Weekly Journal Prompt. Think about them. You don't have to do anything more than think about them, but if you want to do more, go for it.

Well, thanks for stopping by...
Talk to you tomorrow...
Posted by Gretchen at 5:26 PM
Email ThisBlogThis!Share to TwitterShare to FacebookShare to Pinterest
Newer Post Older Post Home