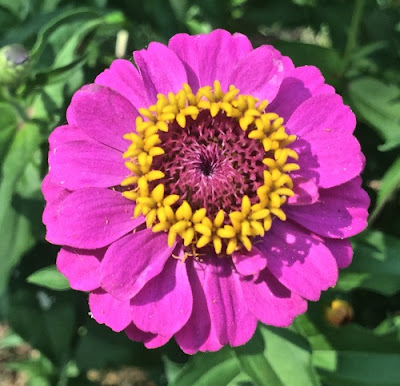 I love this beautiful flower...it almost looks fake but I assure you, it was a real flower when I took the picture. It's so gloomy out...dark, cloudy and raining...that I wanted to post something that cheered me up.

My workshop last Saturday was a ton of fun. A lot of folks participated but I didn't want to take photos of them without permission so, I decided to share just a few of the creations. Remember, this was about Happy Villages and here is my example... 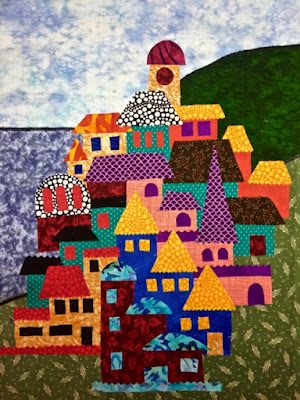 The photos from the workshop are of 'works in progress' so none were done... 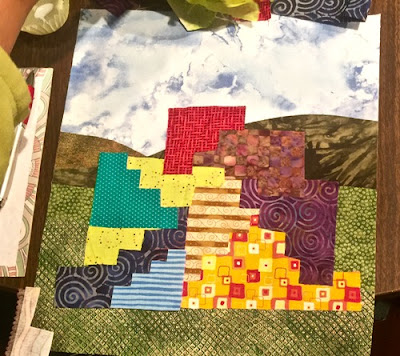 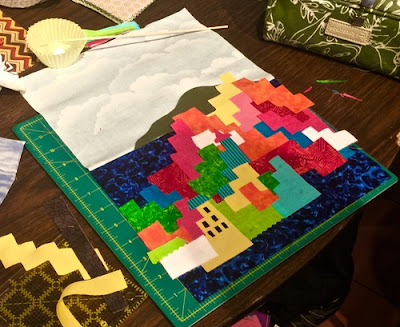 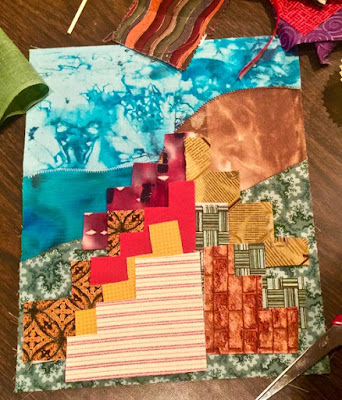 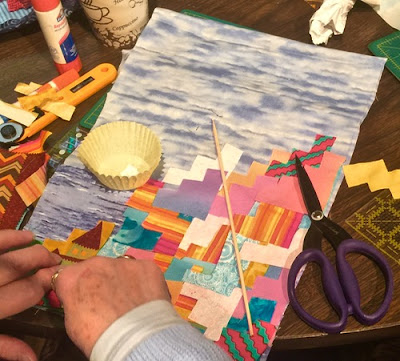 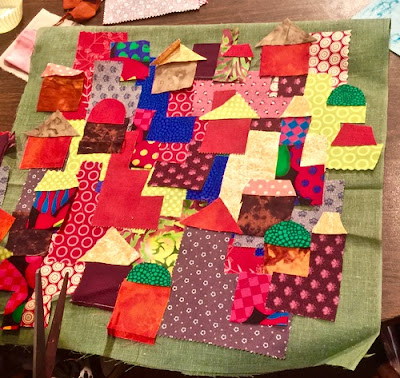 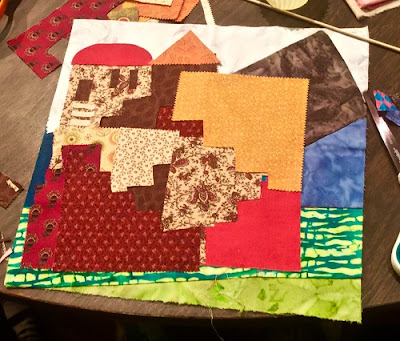 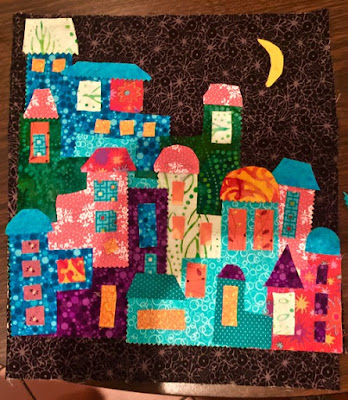 What I enjoyed most was how much fun the participants had. Their laughter was so infectious that other folks who were waiting for the guild meeting to begin came over to see what all the excitement was about. And, in turn, many of those watching signed up for next month's workshop!

Last Monday, I posted that I missed my design wall and had figured out a way to have a design wall using my shelves...as well as a photo wall. Well, I finished it. One thing that surprised me was how much fabric was left over from the painter's cloth. I think I have enough to cover my wingback chair without using the other painter's cloth.

So, here is the design wall... 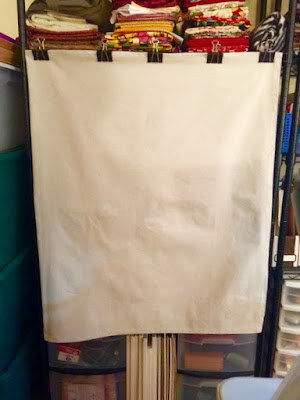 And here is the photo wall... 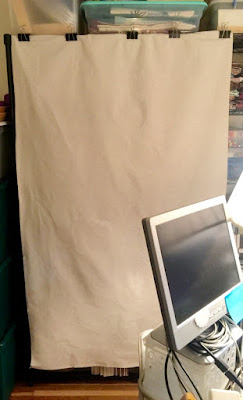 I think that my sewing tips will originate with something that I have experienced. The first one was and this one follows right on. I have sewed lately using a lot of fleece. First to cover the back cushions for my daybed and then some pillows.

When I was at Barnes and Nobles last week, perusing the magazines, I noticed changes in types and amounts of magazines in the craft area. Now, these are only my observations but I have come to realize that printed magazines many times correspond to trends. One thing that may affect my observations are the increase in digital subscriptions, however, many of which I have.

With that in mind, I have noticed some trends. For instance, there were more knitting magazines last year than there are now. Crocheting magazines seem to be about the same. I think, though, that there has been a resurgence in quilting magazines. I found fewer last year and many were issued less frequently.

A surprise was macrame magazines. Macrame was really popular back in the 60's and 70's but now there are magazines. Mixed media magazines are still around but I think there are fewer. There are still many card making magazines, but fewer stamping and journaling. And some magazines have reduced their issues from six to four.

What's interesting to me about the trends is that fabric and yarn crafts seem to be more popular than other crafts. One note: Any observation I may have could easily be influenced by which magazines Barnes and Nobles chooses to include in their inventory.

Well, that's it for today, folks.
I hope you had a great three day weekend.
I enjoyed watching the NFL Playoff games.
Thanks for visiting today...
Talk to you tomorrow...