You know, New York City is not exactly a small town.   And Brooklyn at about two and a half million folk isn't tiny either.   But the Memorial Day Parade that I saw in Bay Ridge coming down 3rd Avenue was just like all the small town parades I have seen when I lived in small towns.

You know the type...trucks with advertisements as well as thoughts about the meaning of Memorial Day, local politicians, drum and bugle corps (only these were drum only!), small bands, etc.   The only thing that was unusual for me was the Chinese entry.

I only have two photos...none of the rest turned out.  But I do have a photo of the band and the Chinese dragons... 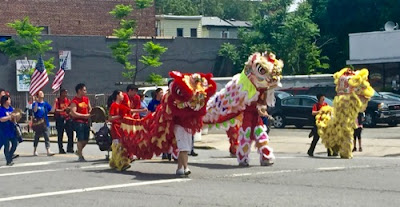 It rained most of the night before Memorial Day so it was still muggy, but not quite as hot as the weekend.   A lot of the parades in the area and in Jersey were cancelled.  So it was a plus to see this one.

With the forecast of rain all day, most outdoor plans were also cancelled, including mine.   So first of the season outdoor barbeque did not occur.  But there will be other opportunities.

The Memorial Day Weekend was hot and humid...90+ with 80% humidity.   Fans were well appreciated as were cool showers.  A lot of folks had their ac on.

Walking to see the parade, I saw another type of parade...flowers in bloom.   There were so many that I had my choice of photos to share with you. 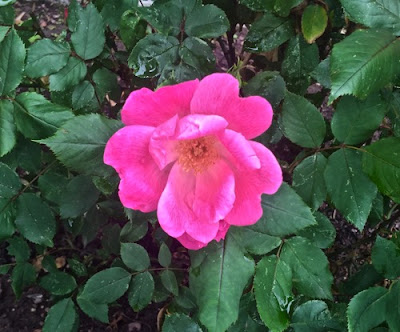 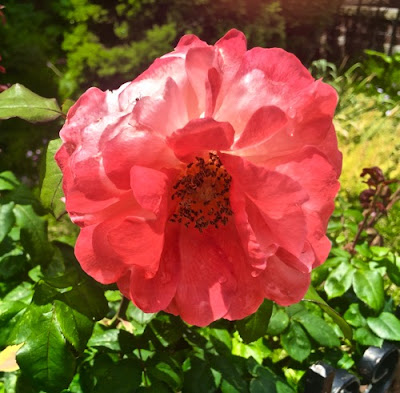 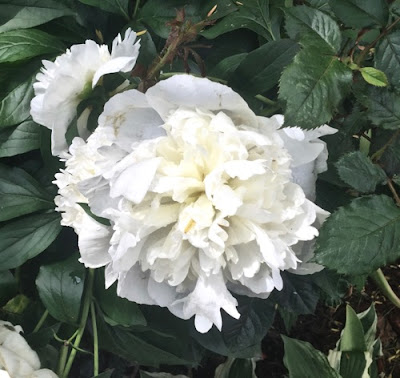 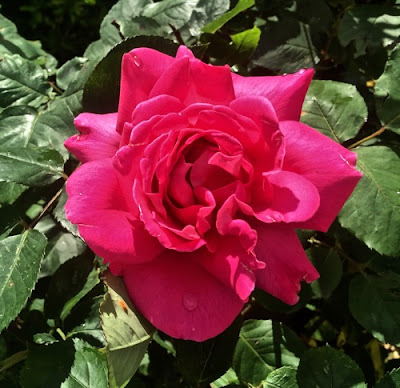 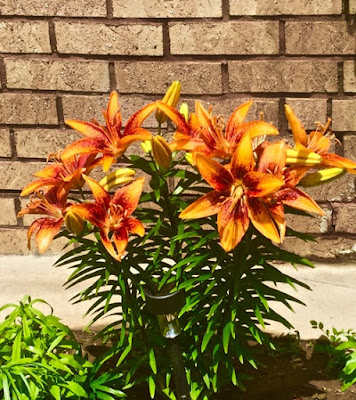 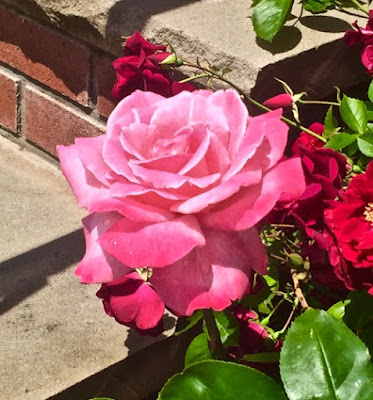 See?  Weren't they all beautiful?  And to think that they all survived a night of rain and still looked great is amazing.

Well, it's June 1st today.   After the unofficial beginning of summer, I think the slide through the season toward fall will go fast.   Mine has filled up all the way through September!!!   It includes a trip out to Park City, of course.   But there are other things already planned like a summer long visit from a grandchild which I am looking forward to. Adventures in the city and maybe a short trip or two up north...

It's interesting.  Being retired means that I don't have to watch the calendar and plan...I can do things on the spur of the moment.   Of course, that is, it has to be within reach financially, but there are lots of things that I can do that cost only the gas it takes to get there.

Well, I guess I will have to see what 'spur of the moment' brings.

You know how people say, 'the elevator doesn't go all the way to the top'?   Well, I have discovered that the older I get, the lower that elevator seems to stay.   Case in point:   I have been feeling tired, no energy with a bit of a headache and kind of a foggy brain.   I just realized that I inadvertently stripped carbs out of my diet.   Duh!!!! Guess what I'm having for supper????