ELECTION - THE DAY AFTER 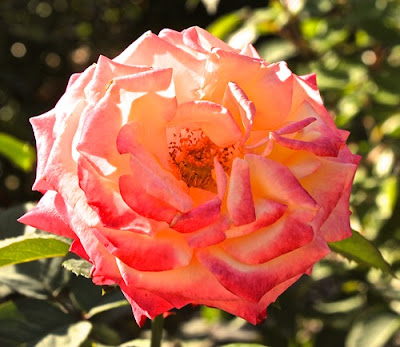 I normally don't write about current events but yesterday's election was such a shocker for the majority of folks in our nation that I wanted to address it.   Clinton won the popular vote but Trump won the electoral vote.  It calls into question our sense of democracy and the idea that votes have equal value, but that is for another time to discuss.

One of the phrases I heard over and over during the campaign was 'I want my country back.'  Many of us on the other side did not pay attention to that cry and now we find ourselves probably thinking the same thing.  But, as President Obama has said several times, 'Put yourself in their shoes.'  In other words, see what they see...feel what they feel.

Life is changing, far too rapidly for way too many folks.  So rapidly, in fact, that they only seek comfort in likeminded places.  We have become a nation of 'others', a nation divided and it has been more and more difficult to relate to one another.  So, the cries become louder and louder...pay attention to us and our needs as well as your own and do something.

When nothing changed, they did something about it themselves...they voted to change government as it existed.  And we are now left with how to deal with the outcome.  Perhaps if we had heard those cries and acknowledged them more abundantly, the ugliness of racism, sexism, homophobia, etc., etc. etc. would not have raised it's head.  But the genii is out of the bottle, pandora's box has been opened and we may not be able to put either back in their containers.  So what now?

There's plenty of blame in this situation...one the branches of government refusing to work with the other and the third almost sidelined, institutions not following policies and interfering with elections, voter suppression, party infighting, money and the fact that our nation is divided by and controlled by those who have lots of money, etc., etc., etc.

So where do we go from here? I guess we have to see where this new paradigm is going to take us and go from there.  You know the saying, two steps forward and one step back?  Well, chances are that we will probably slide backwards, from our point of view. Did you ever consider that it may be a step forward for the other side's point of view?

I had to move Lady J today and actually for the first time in a long time, I had a problem.  There was a gentleman in the car waiting for me to backup into the parking spot before he went on to another back-in spot.

After both of us were parked, he made a point to come over to me and say that sometimes backing in can be a problem and not to worry about it.  I thanked him and said I was probably in shock about the election. He said that he was happy because he wanted something done...didn't like Trump...not much for Hillary either, but he just wanted something to work and hoped this would.  If not, he said, we go back and try it again, maybe this time with the other party.

A really nice guy who was sick of the status quo and desperate for change, desperate for someone to acknowledge that a lot of us are suffering and need help. What do you say to someone like that? I'm not sure this new governing body is going to be able to do anything to help but I may be surprised. Maybe the better angels of their nature will win. Or, maybe not and the infighting will continue and nothing will get done,

I guess what I'm saying is to hold on. It's going to be a wild ride. But pay attention and when you see something that's not right, as they say here in NYC, say something. Stay engaged, stay active. The sun will continue to come up...and we can always be certain of one thing...change will happen again.