FIRST REAL SNOW OF THE SEASON... 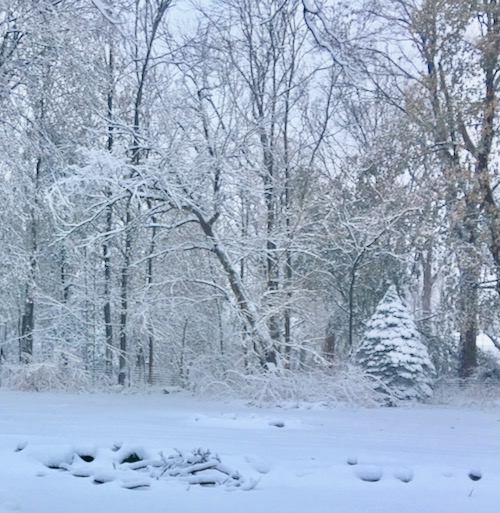 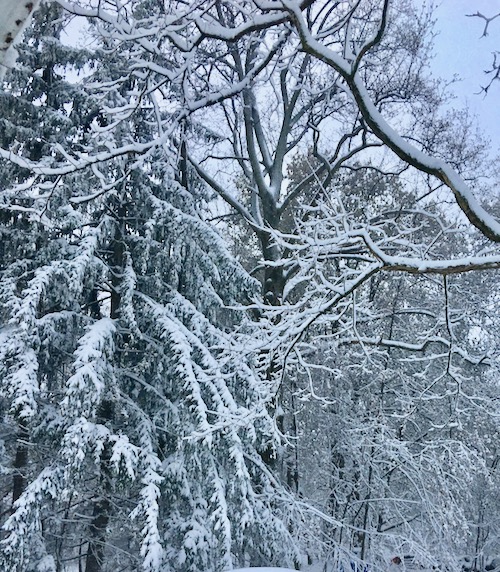 The two pictures above were taken this afternoon...and it is still snowing.  Beautiful!  Right?  Well, the only problem is that there is a thick layer of ice underneath all the snow.  But this was the first real snow of the season.  I wonder how long it will last.

So, I have to tell you that I did intend to blog last week but an unforeseen event happened which basically eliminated blogging.  We were expecting folks for Thanksgiving including several spending nights and I really wanted the house cleaned as well as some of the heavier things put away including several boxes which I lugged up and down the stairs.

Guess I think I am still a young thing instead of the old lady that I am!!!  The upshot was that I kind of collapsed and wound up in the hospital.  No, I didn't have a heart attack...basically I depleted all my reserves and my blood pressure cratered.  Took three days but the doctors finally ruled out a heart attack (My own doctor said immediately that I didn't have one!)

I will have to take it easy for a time while my strength returns.  Believe me, it is taking longer than I thought.  Thanksgiving was quiet as everyone bowed out so it was just the three of us.  We shared cooking and relaxed watching the parade and football.

So now it's time to finish up getting the Holiday Charity Stockings filled and delivered.  I am behind about a week so will have to expend my energy getting all this done.  Remember I have a ton of stuff sitting in my studio... 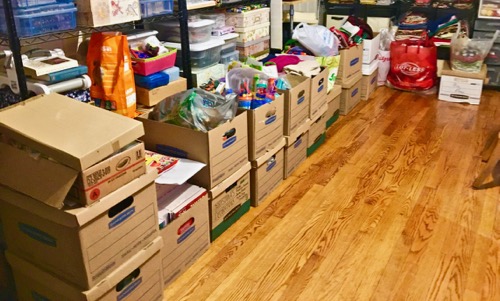 Well, that's all for now.  Thanks for your concern.  Talk to you tomorrow...