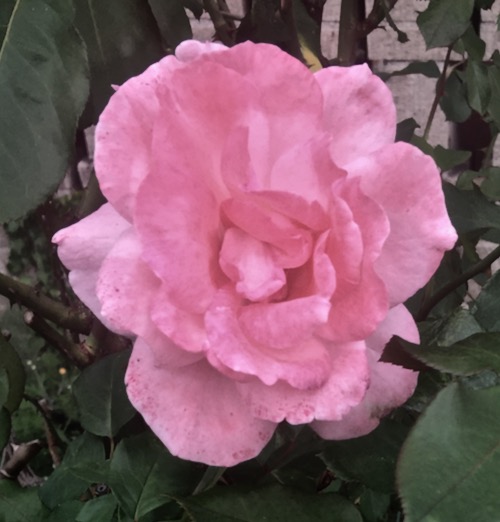 I woke up to a white world...we had a quarter inch of snow which melted the minute to sun shone on it.  Back to a green world and warming temperatures...mid 60's and rain this coming weekend!

The fires in Australia are certainly worse than they have experienced in decades, if ever.  The amount of wildlife lost is staggering.

And not to be outdone, our president had to do something that every other president has chosen not to do because of the ramifications.  Hope he has some plans for what comes next, but I sincerely doubt it.

I had some errands to run today including scheduling SnowWhite for an oil change.  Going over the mountain and through the woods, literally, the forest looks hauntingly strange. 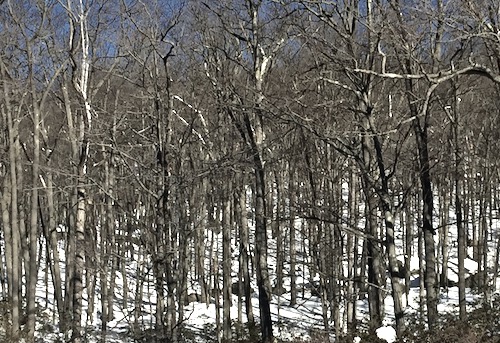 The bush is gone as are the leaves and you can see deep into forest which is great because now it is easier to spot deer.  Although, not all drivers are so lucky as to see them first.  There was an accident between a car and deer in front of our home this past week.  The deer lost, but the car wasn't in great shape.

I finished cutting the fabric for 100 nine-patch blocks.  That's 900 two inch squares folks.  Had to change out my rotary cutter blade once.  So all I have to do is print up the instructions for the rest of the emergency program and it's done.

I tried using the powder adhesive on the confetti quilt and realized that I also need the specialized ironing cloth.  The coated paper on fabric adhesive like Steam a Seam does not work.  The fabric sticks to that sheet.  So I ordered it Saturday and it came in the mail today.  I'm going to try it out tonight and let you know how it works.

So, my Vikings won!!!  They were scheduled to lose by 17 points but instead they won!!! Wow.  I did not think they would survive the wildcard playoffs...good thing that Cousin's can't win the big games (Said tongue-in-cheek sarcastically!!!)

I'm still trying to get my head around the fact that it is January 2020.  Still working on this year's goals which I want to make more specific than I normally do.  I am also doing a few January blog events.  Two on frugality and one on decluttering.  Plus I decided to join a 30 day art journaling event.  Keeping myself busy in a constructive way.

I also made a decision to move the kitty litter out of my studio.  I don't know why I didn't think about doing this before.  But the clumping style litter which is what I use is so dusty (even the low dust ones) that there is a layer of dust over everything by the litter box.

So it is going downstairs where I kept a second one.  We don't need two, so I am eliminating the one in the studio.  Can't believe I didn't think of this before...

That's all for today...
Talk with you tomorrow...