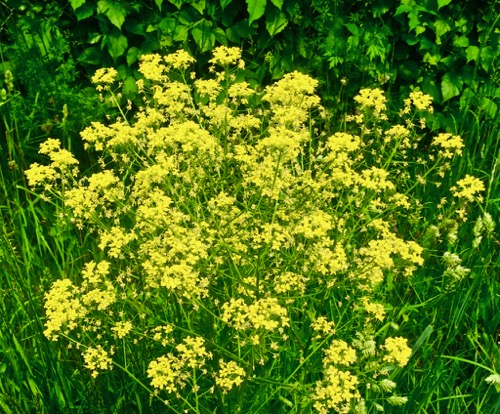 My grandma always told me to never say never because chances are that never will become again!

Well, who knew that the Iowa Caucus' would end up again like it has...wow...what a mess.  But, it has emphasized the obvious...Democrats need to consider a different scenario with their primary season.  Iowa, as a state, no longer represents the face of the Democratic Party.

I have been reading some cosy mystery books.  What happens with you once you begin reading?  Once I read one book, I always want to read more.  So these are the mysteries that I have read...
The Vicarage Murder, Manor House Murder and The Flower Show Murder all by Faith Martin, Trouble in Mudbug by Jana Deleon,  Murder at Bainbridge Island by Dianne Harman, By Book or By Crook by Eva Gates.  And it all began with Laura Childs Plum Tea Crazy.

See what I mean...it's like the commercial, you can't just eat one!  Well, I can't just read one!  I will read well into the wee hours of the morning if I haven't figured out who did it.

I finished sorting all the scraps into large pieces (fat quarters), large scraps and small scraps.  I will be able to the small scraps with my focus workshops.  I think I will group the larger scraps into collections based on color and see if the guild members are interested. 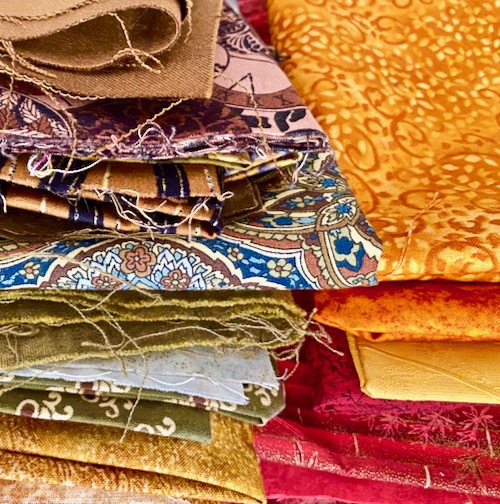 There was an abundance of scraps in browns and oranges which has inspired me to look at creating another southwest scene.  I thought about a fall scene but the southwest seems to have more of a pull. 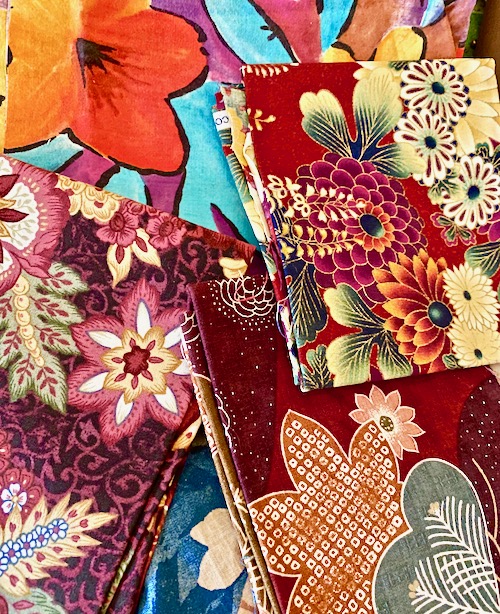 The other abundance of small scraps were of flowers and they have inspired me to consider a large scene with fussy cut flower appliques.  I am not sure if I want to keep it completely natural or if an old farmhouse with a big porch would be better.  What do you think?

I now have more bolts (120 plus a ton of scraps) of donated fabric than my studio can accommodate easily without feeling crowded.  I think I will remove fabric from bolts which have only a couple yards. That will give me some more breathing room at least.

That's all for now...
Thanks for dropping by...
Talk with you tomorrow...