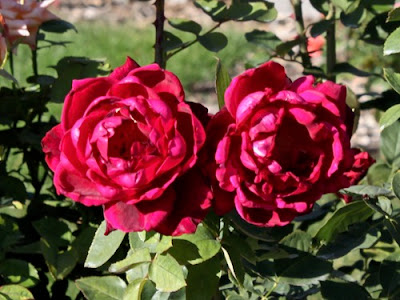 Well, I spent a lot less time with the tv on.  I figured that it was time to try and limit my news obsession on days when nothing is expected to happen.  Usually I have CNN, MSNBC or other newscast going in the background.

I was hoping that not a lot was going on so I wouldn't miss much.  Will look at a couple newscasts this evening on MSNBC...like Rachel or Lawrence.

I managed to get both exercise routines in today along with my meditation.  And that was with a late start this morning!

I actually think my bullet journal is working.  I know, it's only the middle of January, but by this time I would be frustrated at not being able to keep up.

So, one of the things that I was interested in trying which I did today was making dot mandala's using paint and the tools used to make the dots.  I first tried acrylic paint straight from the tube and for the large dots, it was difficult.  So I switched to poster paint.  That was thinner and it was much easier, especially for the smaller dots.  The bigger ones are going to take practice.  At any rate, it was fun to try.  My aim is to paint mandalas on fabric (and I do have fabric paint). 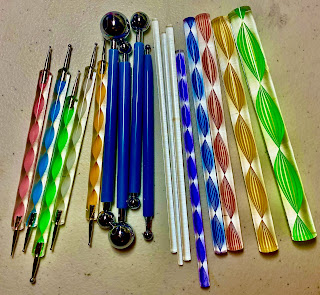 Has anyone else worked with these tools?  I am probably dating myself but the ones on the left side remind me of the tools we used when we made mimeograph stencils eons ago.

Well, as they say, practice makes...well better in my case.  Nothing I do is ever perfect but that's okay.